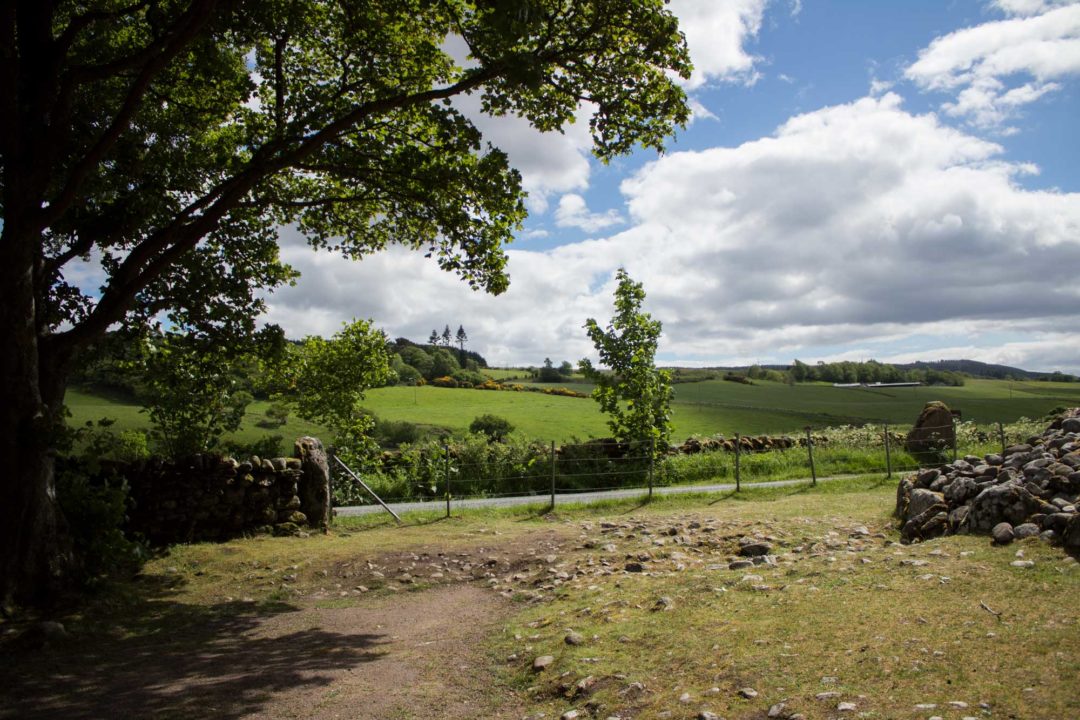 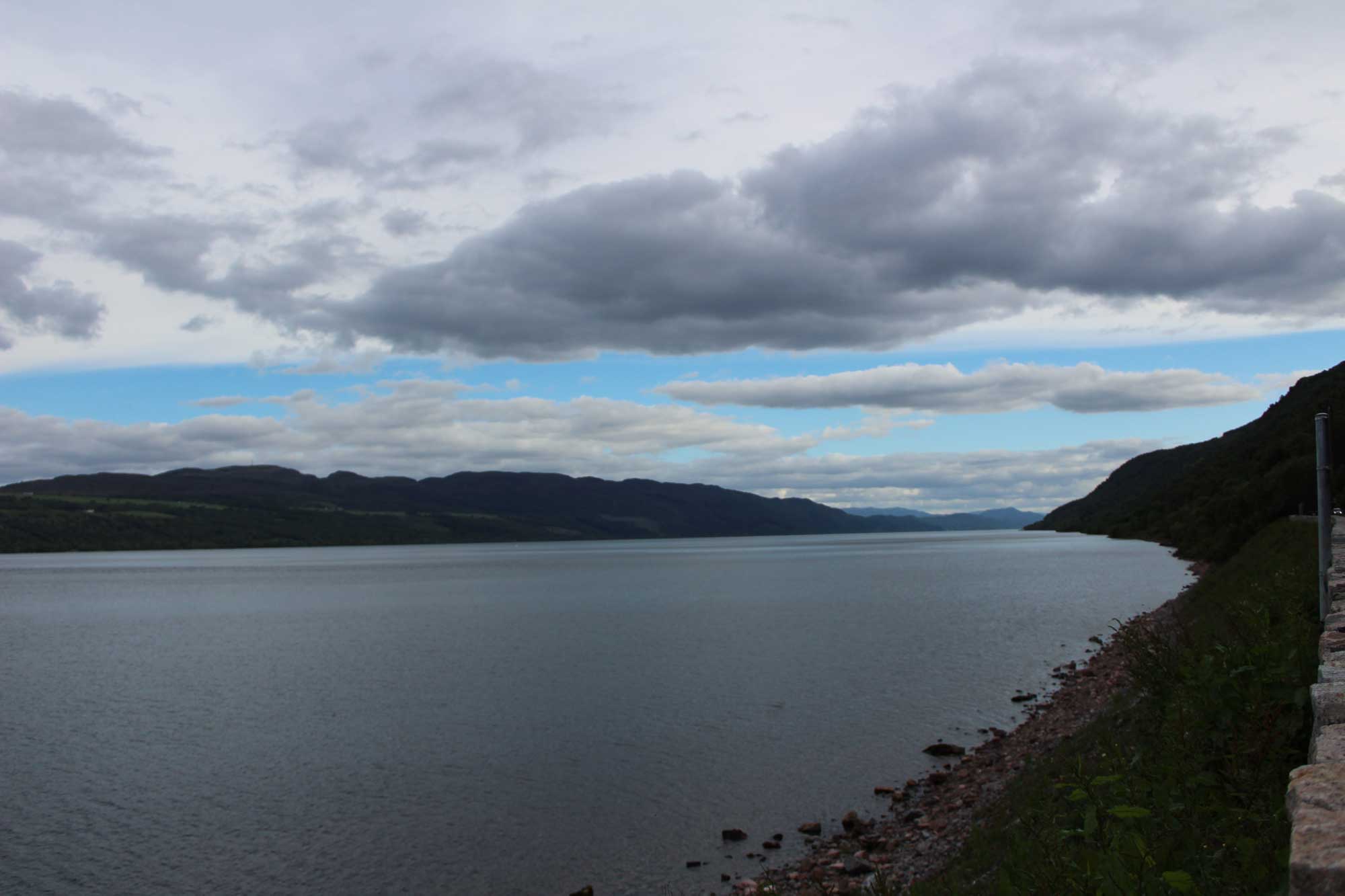 When I was in Scotland last, I dragged my partner on a 12 hour Scottish Highland tour. We started the day at 7:00 AM and drove from Edinburgh to Loch Ness, back down the west side of Scotland, through Stirling and back to Edinburgh. It was a very long day and while I was so happy to have marked Loch Ness off my bucket list, we only got to stop 6 or 7 times, most 15 minute stops except for the stop at Loch Ness.

I decided next trip we would drive ourselves and stay in the Highlands for a night and come back down the same route the next day. This would allow us to stop and see things we hadn’t had a chance to see.

This would also require renting a car and driving it in Scotland. In Edinburgh. And oh what an adventure that turned out to be.  Before I lay out where we stopped, let me regale you with a tale of getting out of Edinburgh.

I hate driving at home in Seattle. People are aggressive but in a passive aggressive way, drive too fast, drive too slow, and I generally make my partner drive when we go out. He wasn’t with me on this trip so my brother came with me to pick up the rental car bright and early in the center of Edinburgh.

I had picked a BMW 3 series wagon or similar when I booked online because I drive a 3 series back home and thought that this would be familiar enough that driving on the wrong side of the road wouldn’t matter. Oh how wrong I was. When my brother Greg and I arrived at the rental office, we were given a Land Rover Discovery Sport.

Oh sweet time lord, what have I gotten myself into. We climbed into the SUV and I settled myself with a deep breath and rolled on down the alley way that led to the street. It took me 15 minutes to get out of the alley. Between morning traffic, and people walking to work I just couldn’t get out. I had to roll out into the intersection on a red light after being prompted by my brother. And hereeee weee gooo.

I have never driven so defensively, aggressively, and had so little time to make a decision about turning. Getting out of Edinburgh was hell. We went to pick up the rest of our family at the flat on the Royal Mile. After everyone had crawled into the car, mom, dad, and sister, I promptly turned around and swore that if anyone makes a peep I will turn the car around and we can forget the road trip.

We got out of Edinburgh. I thought the highway would be better. It wasn’t. Also, roundabouts have traffic lights in the middle of the damn thing. I was horrified. After hitting the left side of the car on the curb multiple times, I rolled into Pitlochry, promptly found the first parking lot, turned off the car and sobbed.

This was not okay. This was not going to make me a better driver and we were two hours into the road trip and I was exhausted. My brother re-parked the car (it was not straight), and we walked to into Pitlochry to find some food.

My brother took over driving for the rest of the road trip and said, “this is just like driving in Washington DC! I’m just on the wrong side.”

So! Pitlochry was the first stop. This is a great little town to stop in for some coffee and breakfast (or lunch) on your way up the A9. There are a few distilleries around the area and the main road through the town has many little shops and cafes. Morton’s Coffee Lounge is a great stop for some good coffee and a bite to eat. If you’re looking for a more traditional Scottish breakfast, pop down the street to the Wee Heilan Cafe. It is very wee, but it is delicious. 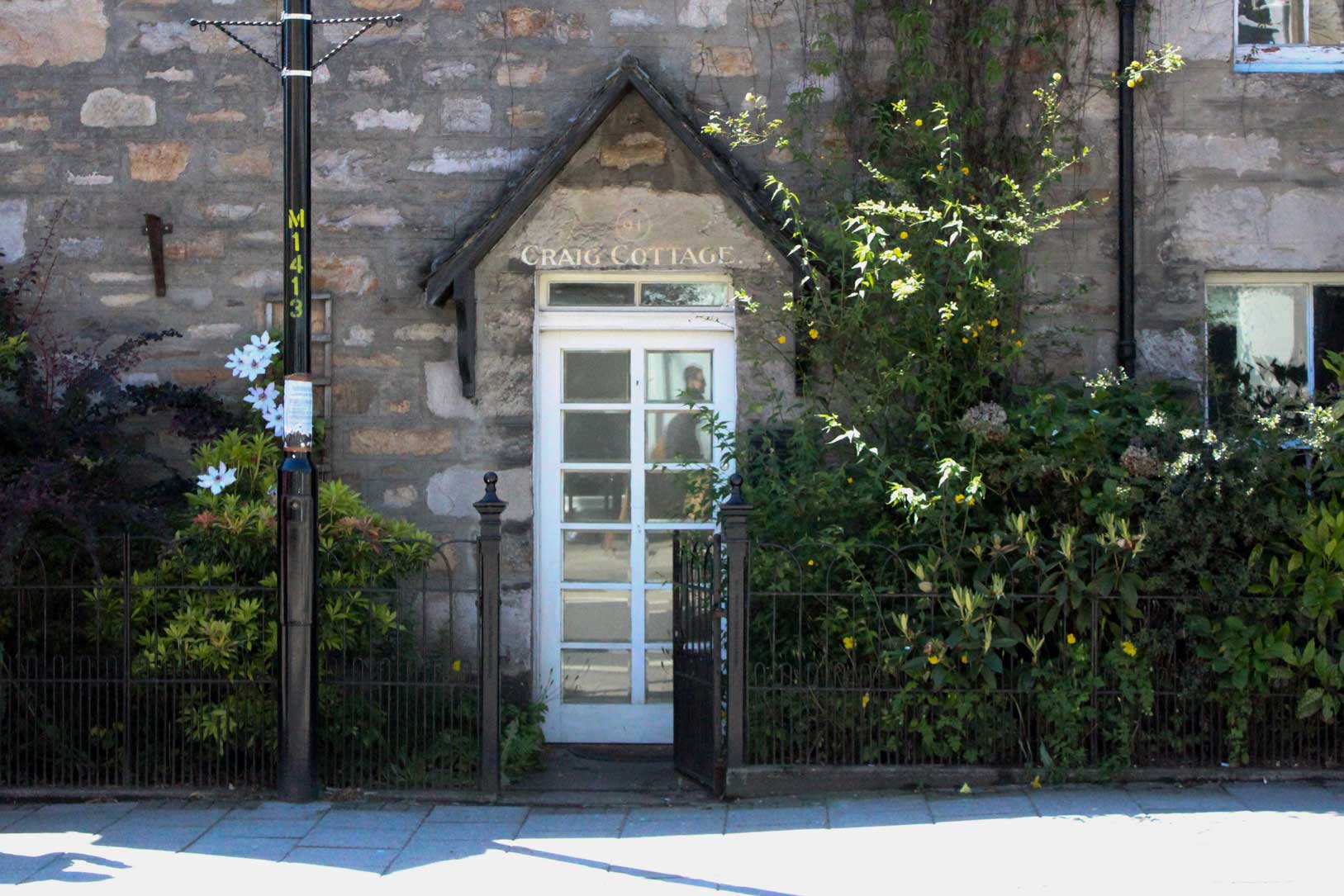 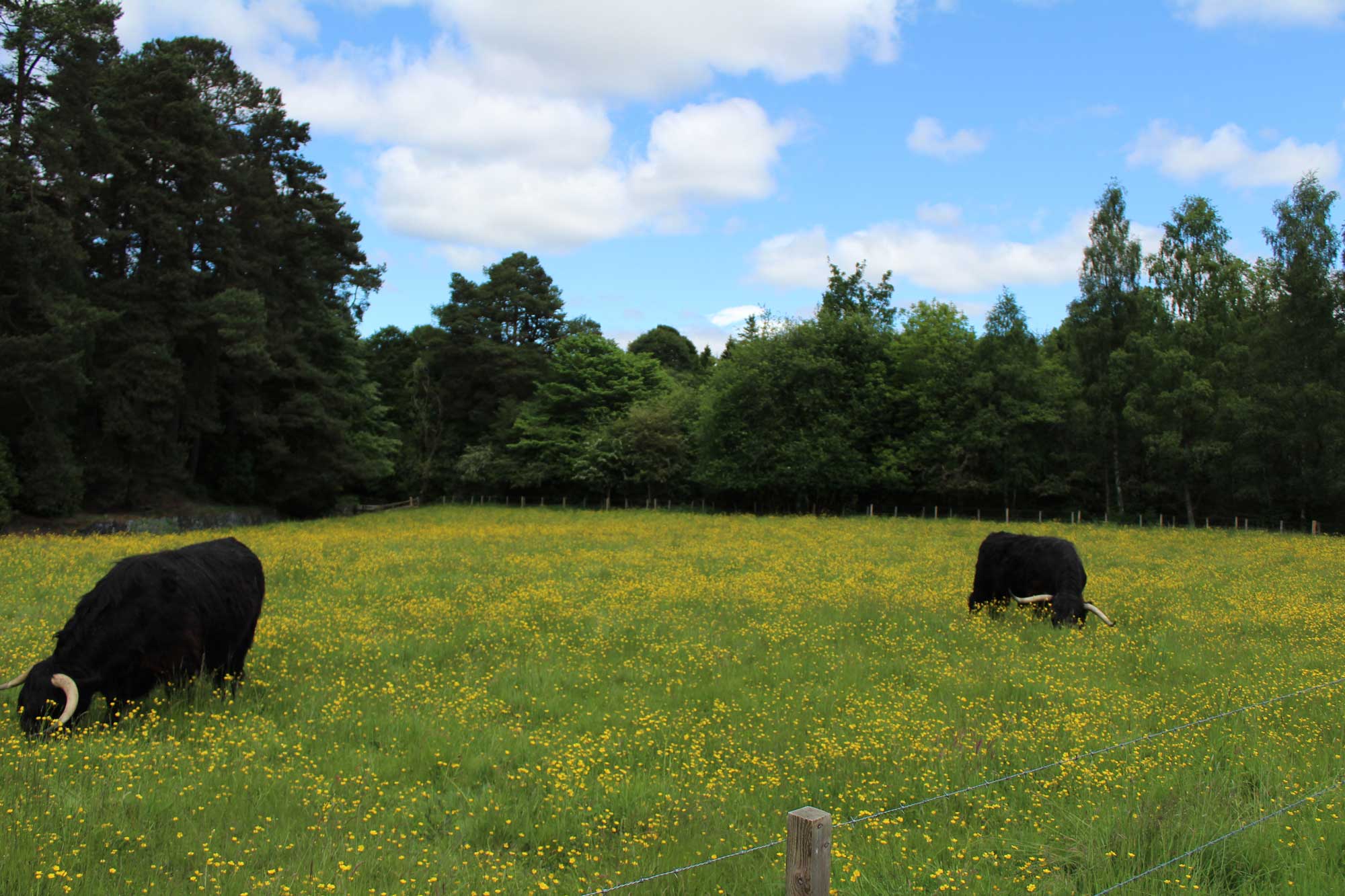 We continued down a back road to Blair Atholl and stopped here to look at the old kirkyard and some black Highland Coos. We didn’t stop in the Castle, but Blair Castle dates to the 1200s and is full of art and armor. 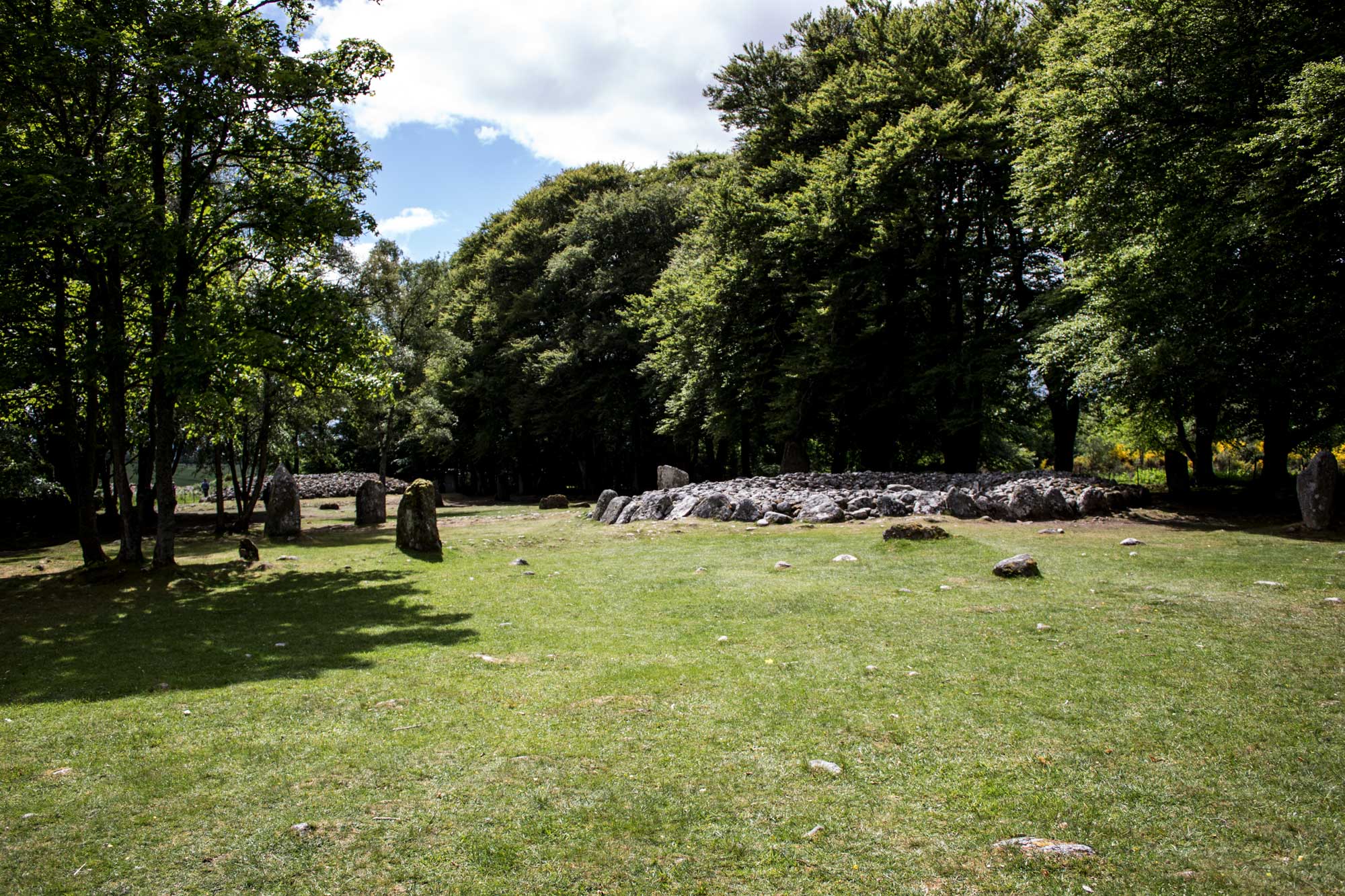 The Clava Cairns are a Bronze Age site outside of Inverness. There are stone cairns and a multitude of standing stones in the area. I have been wanting to go to Scottish Bronze Age sites, particularly the standing stone circles, the latter mostly because of Outlander, so here is another one off the bucket list but it meant much more to me than I expected. 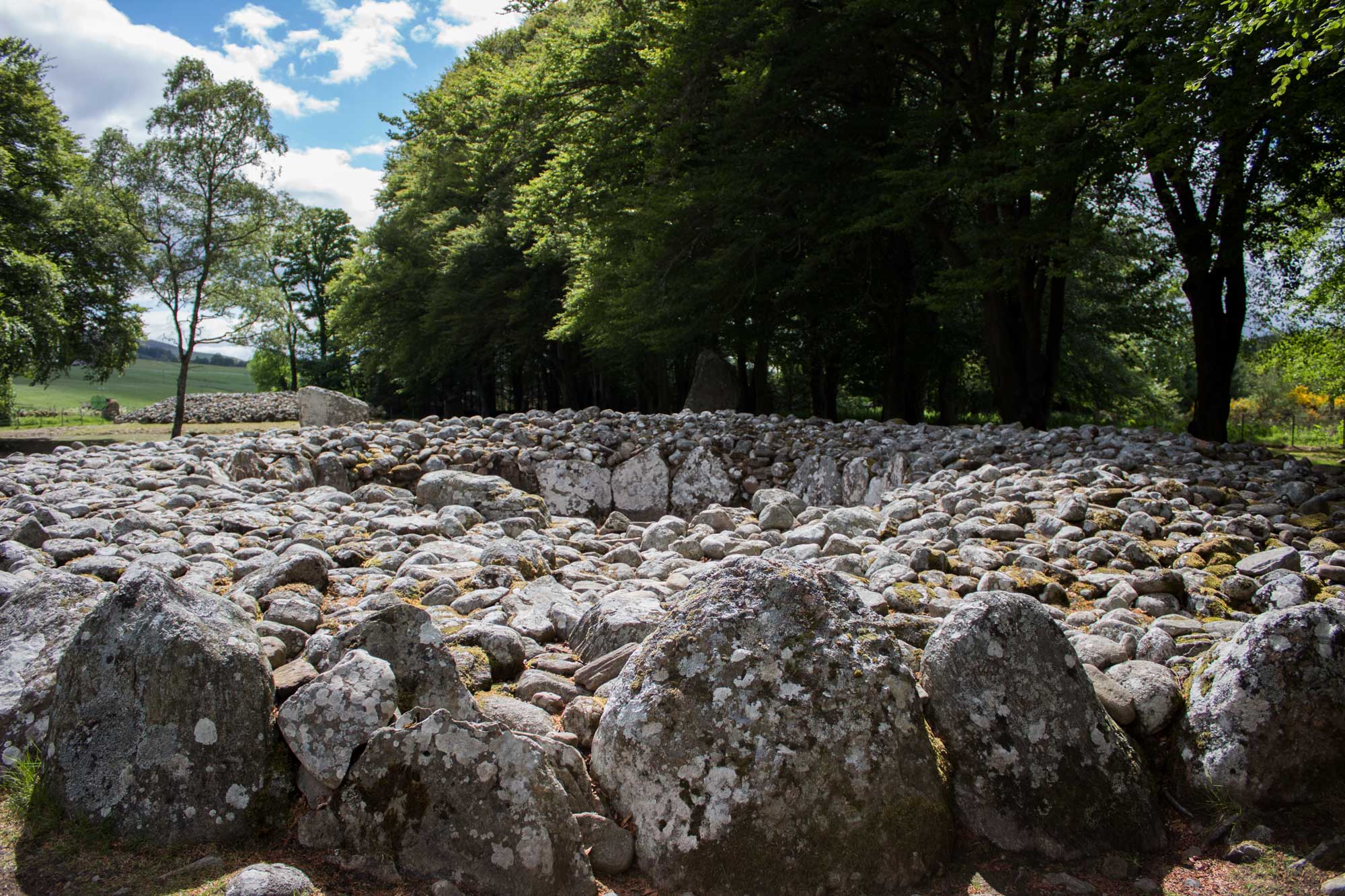 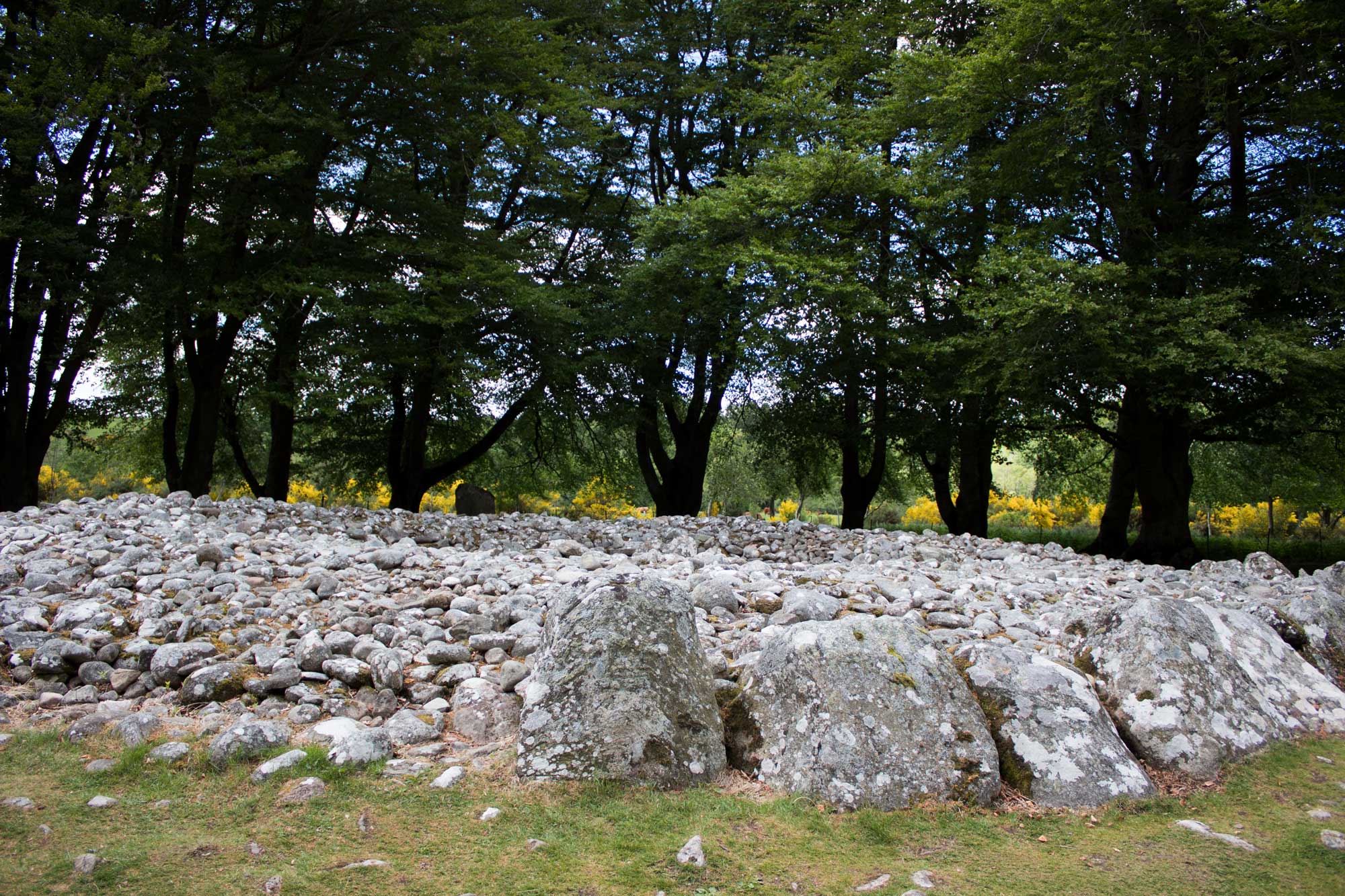 Upon entering the site, there’s a sort of otherworldly quiet that fills the area. It feels different, it feels old, it feels sacred. It felt very special and I felt a connection with the site. I have never been to a place with structures built by humans about 4000 years ago. I find these sorts of spots sacred and my short time there touched me deeply. 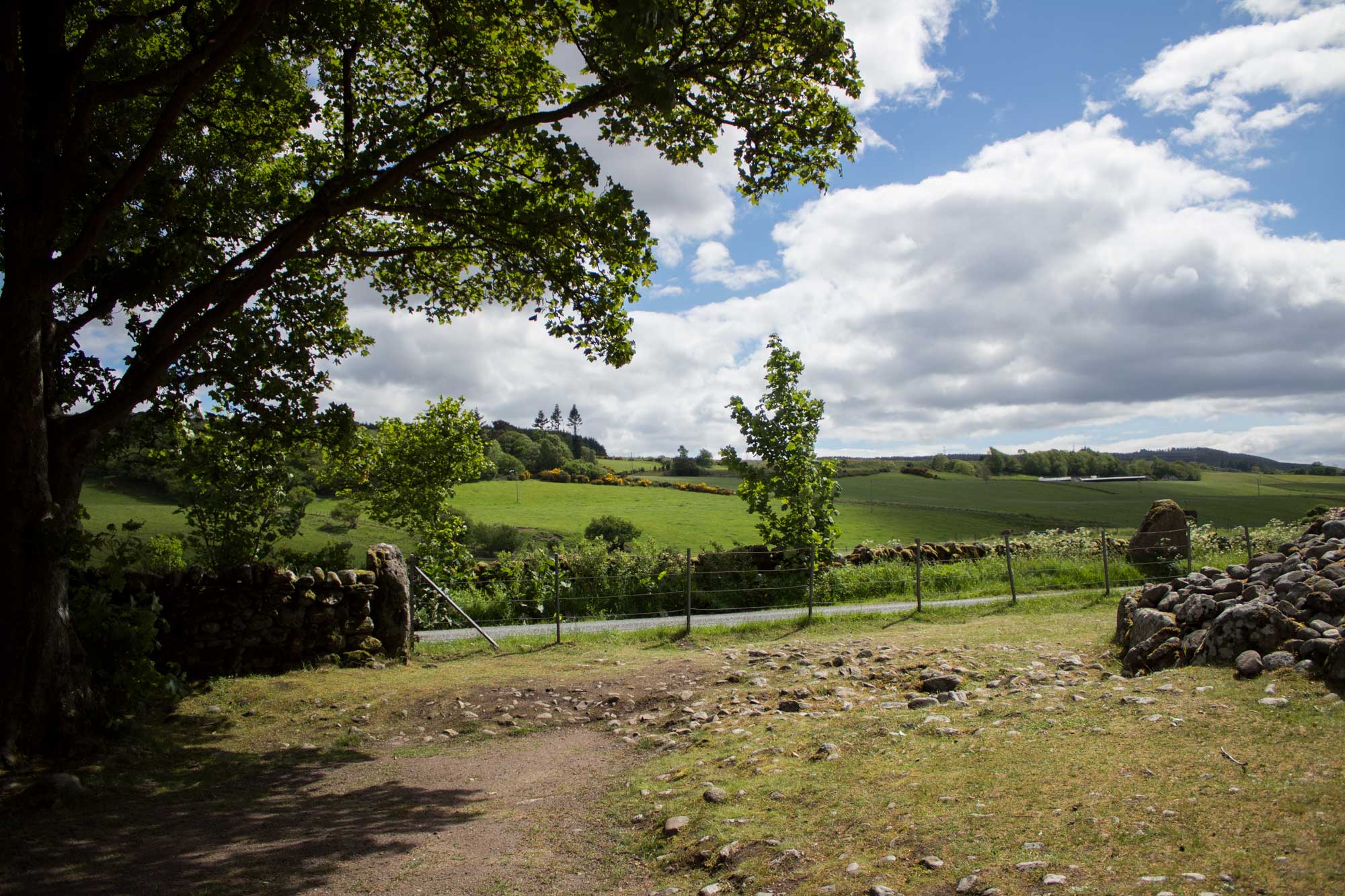 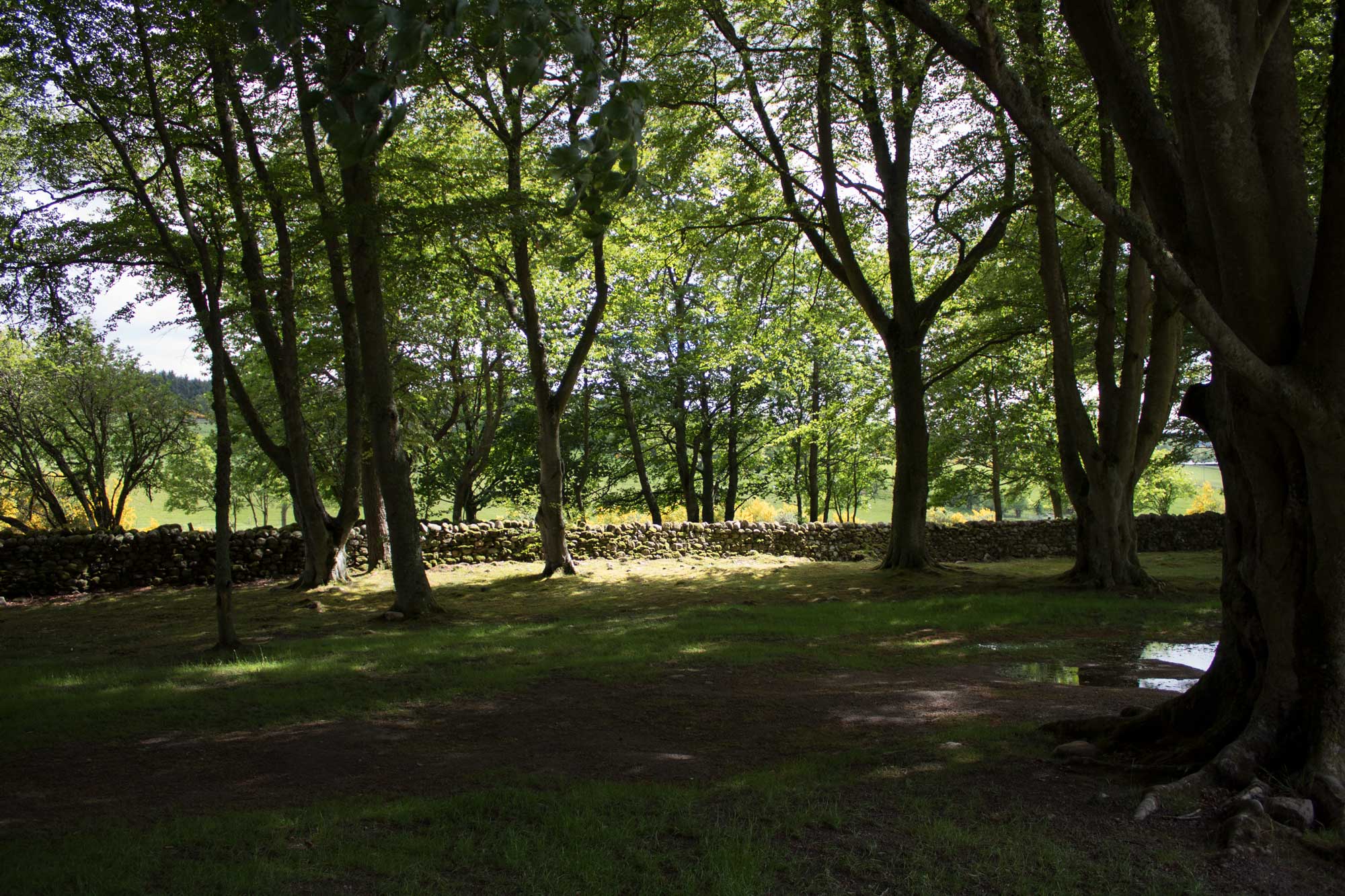 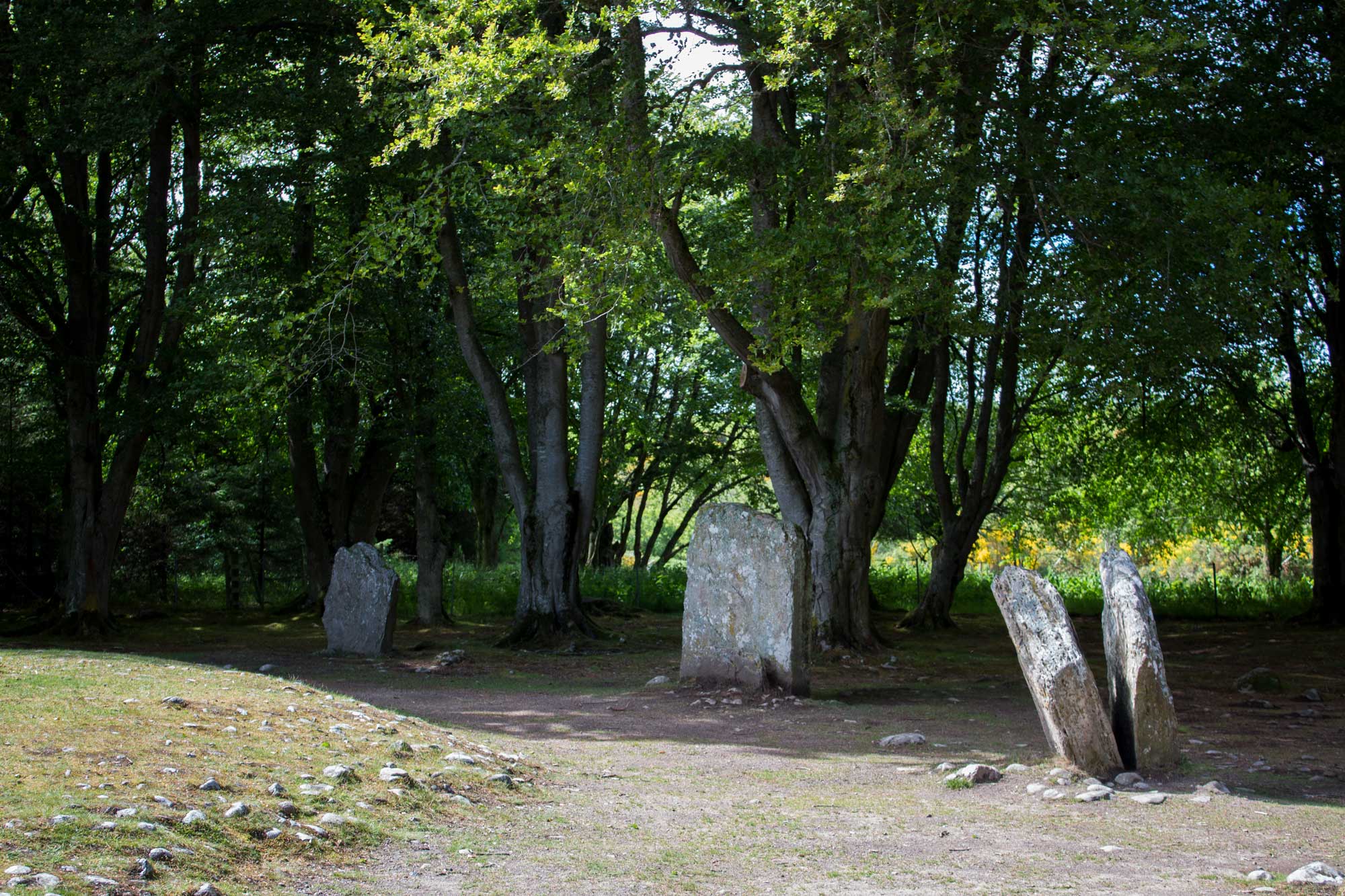 We took some back roads to get to the main highway again, and what a wonderful detour that was. We were on tiny one lane roads, surrounded by green hills and mama sheep with their little babies. It was magical. 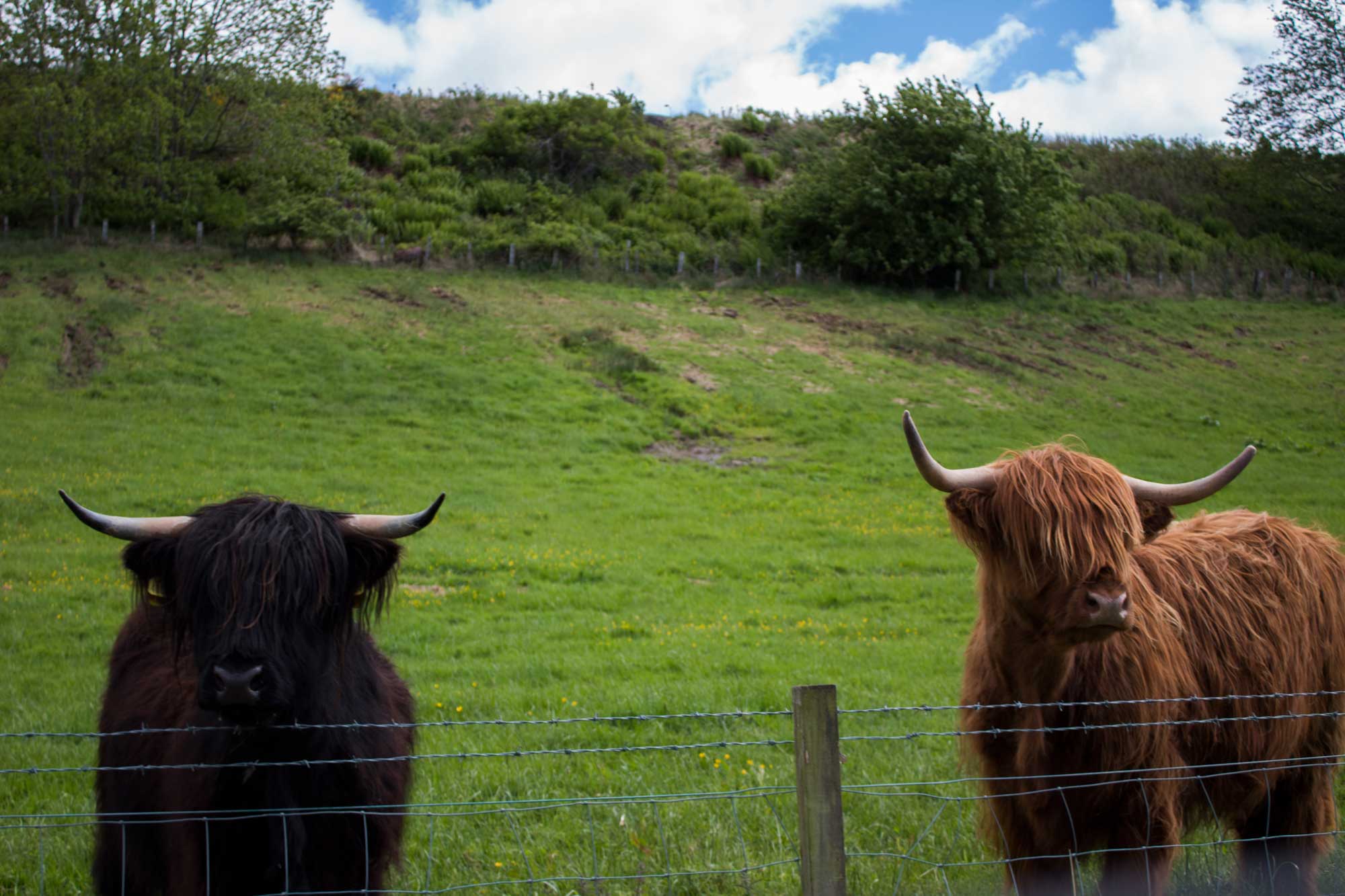 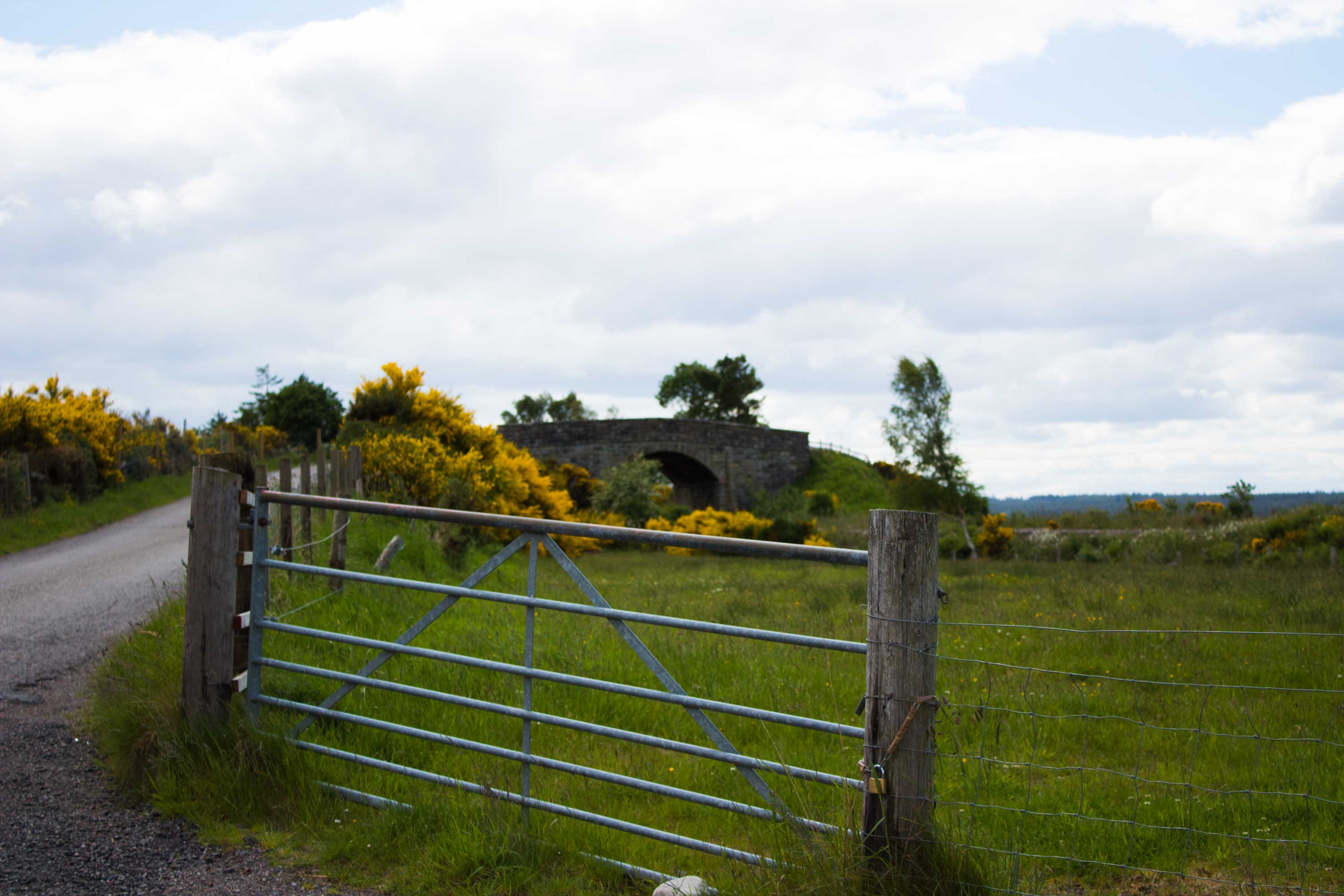 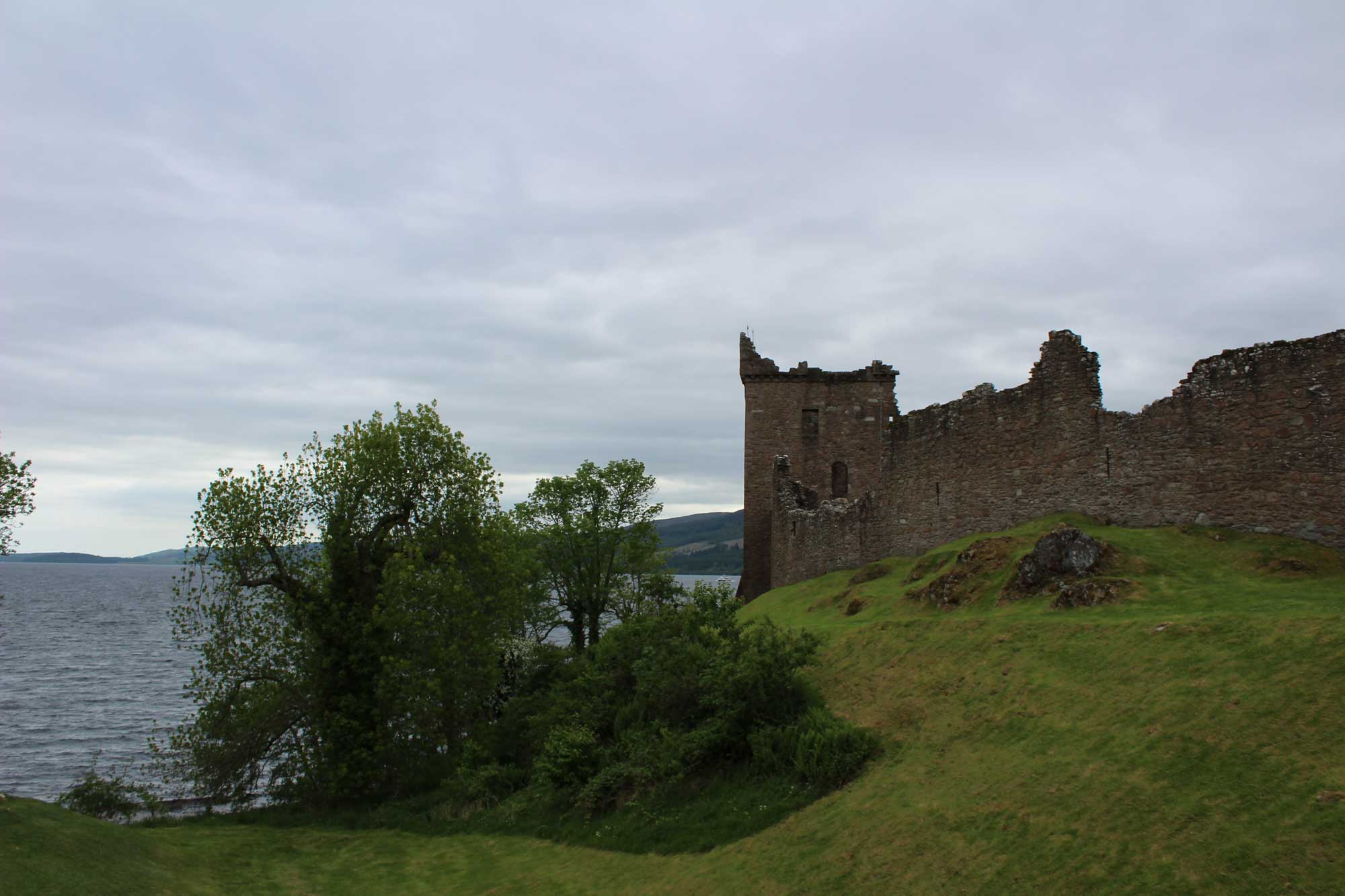 Urquhart Castle is a must stop for anyone in the Highlands but this was a special stop for my family because this castle is a part of my history on my mom’s side. We are from Clan Grant and our ancestors occupied the castle for a time. Maybe this is why I feel so drawn to the UK, I can’t say for sure, but it is awesome to stand where your ancestors did at one point. 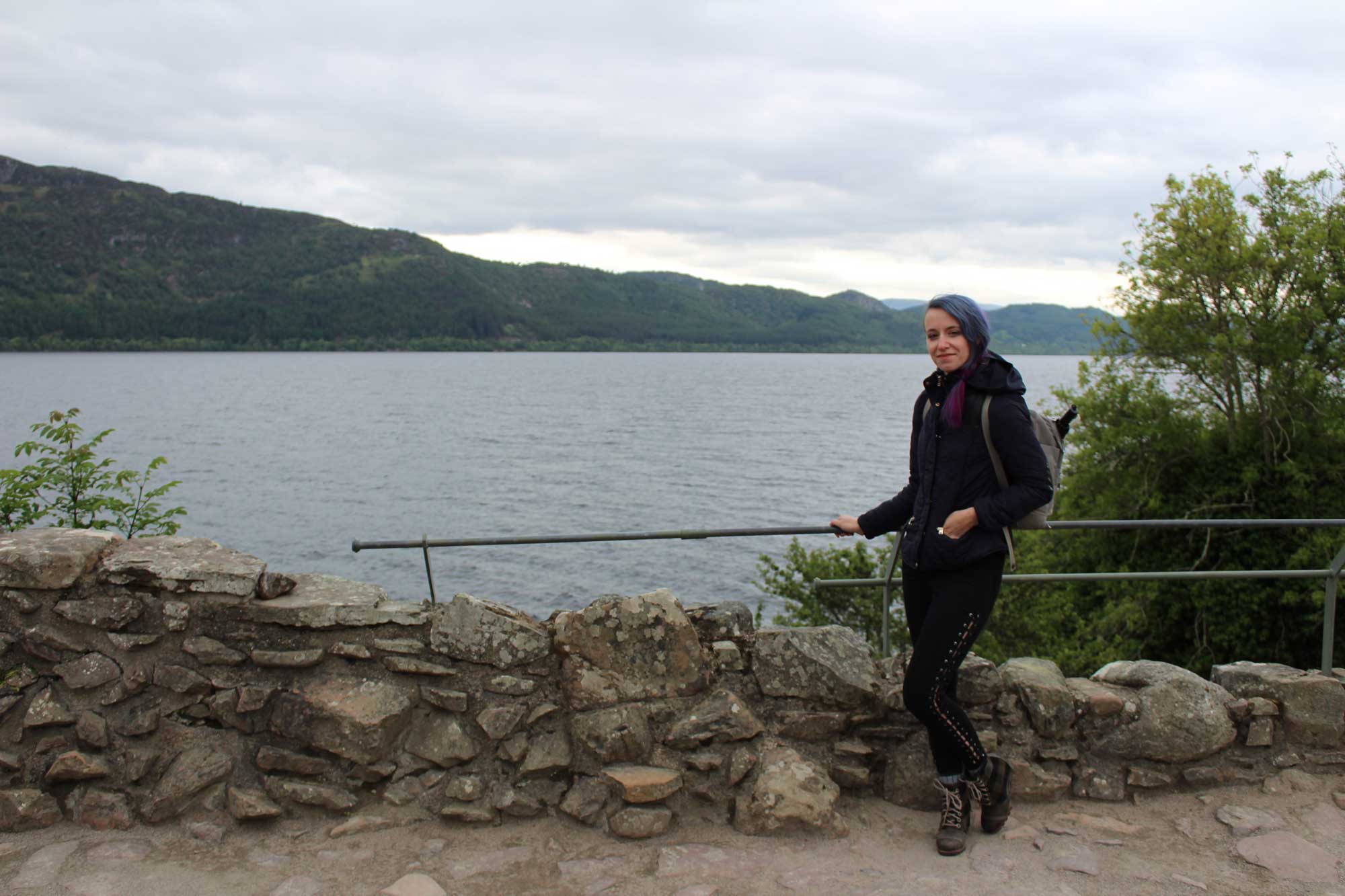 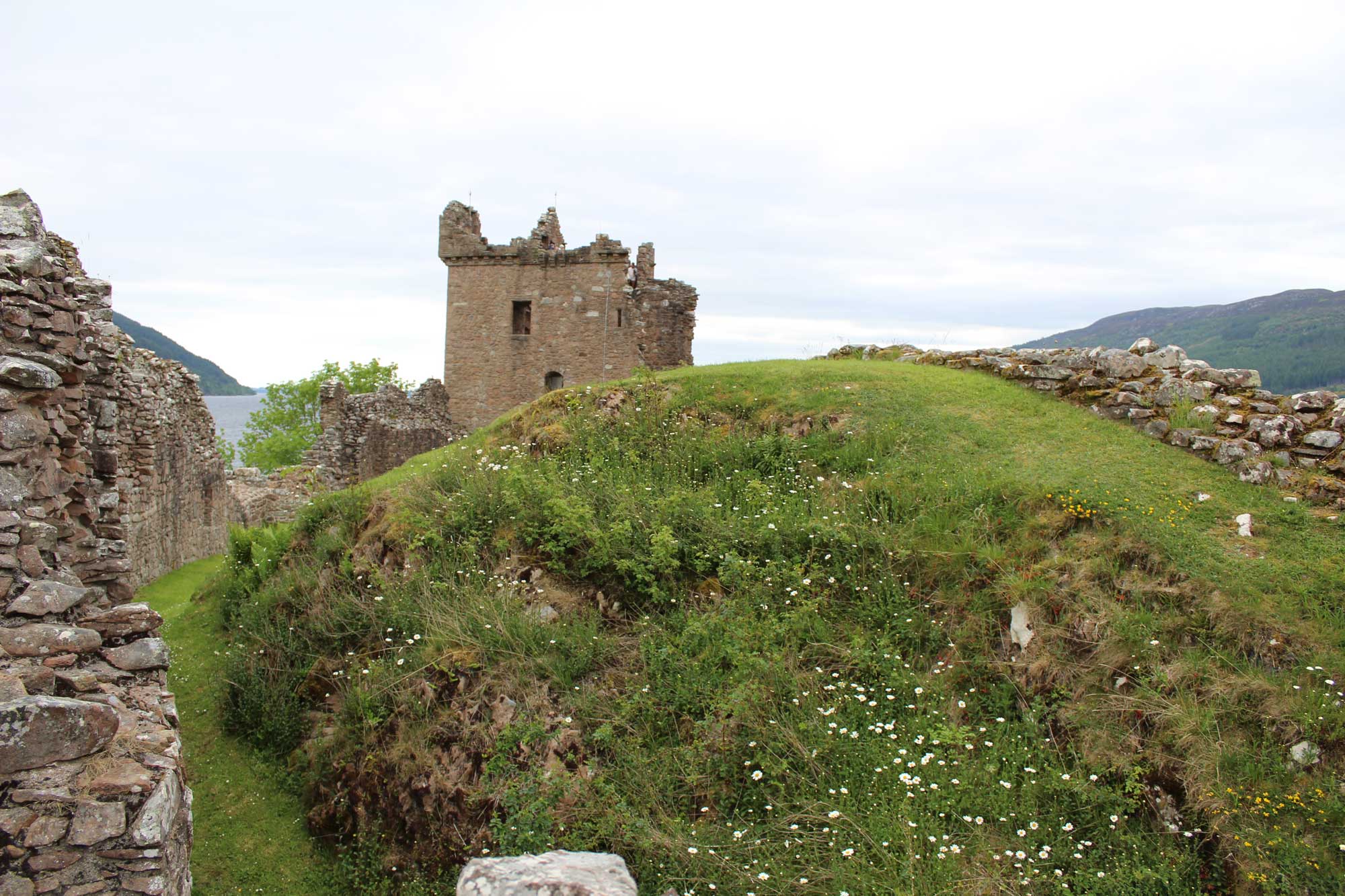 We arrived early at 10:00 AM, half an hour after the castle opens and the place was already packed full of visitors.

The ruins are perched on the shores of Loch Ness, with sweeping view of the Loch and surrounding hills. It’s gorgeous. It’s worth a stop and absolutely worth the money to get in (support historical conservation, yo.) 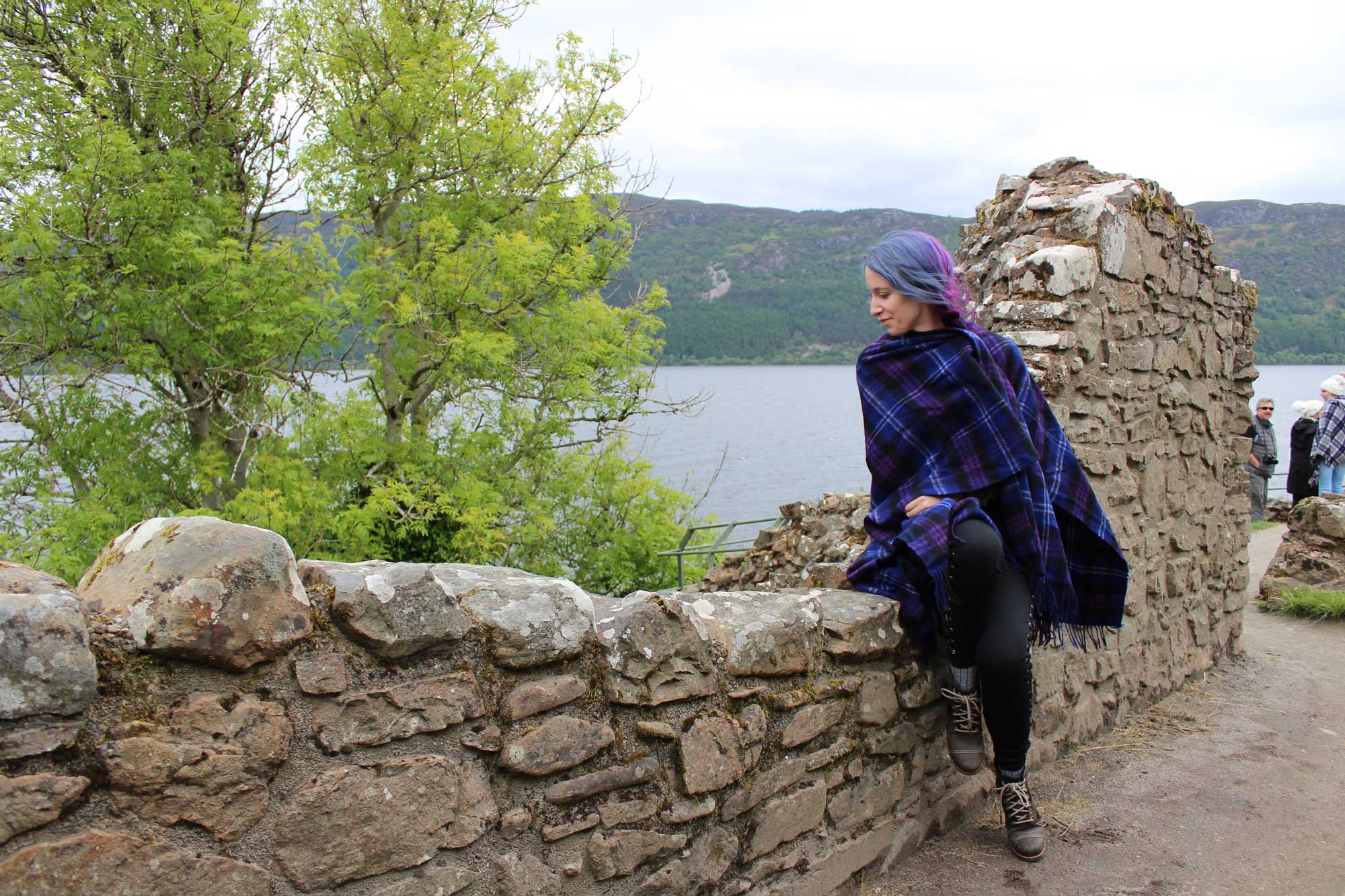 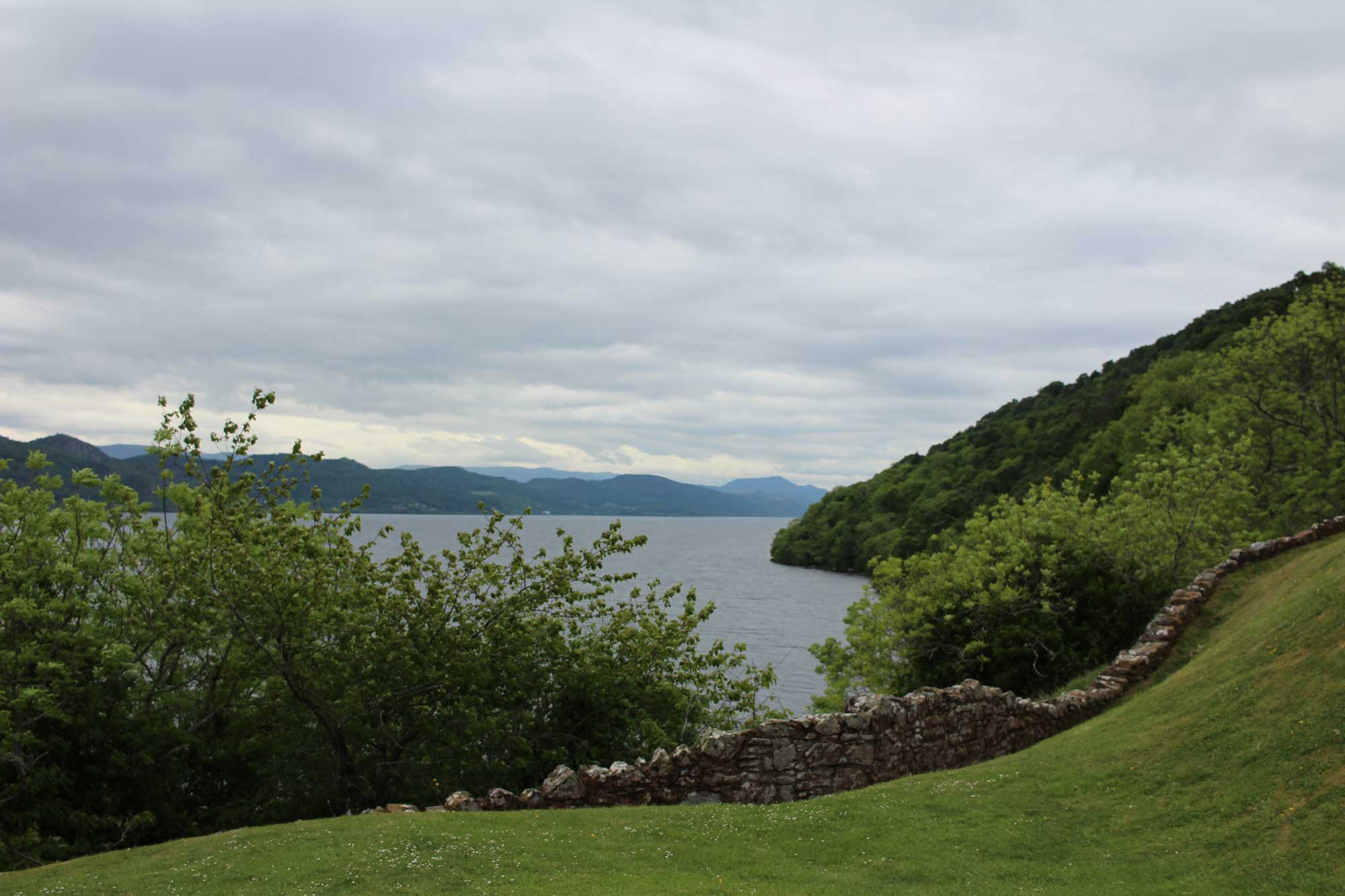 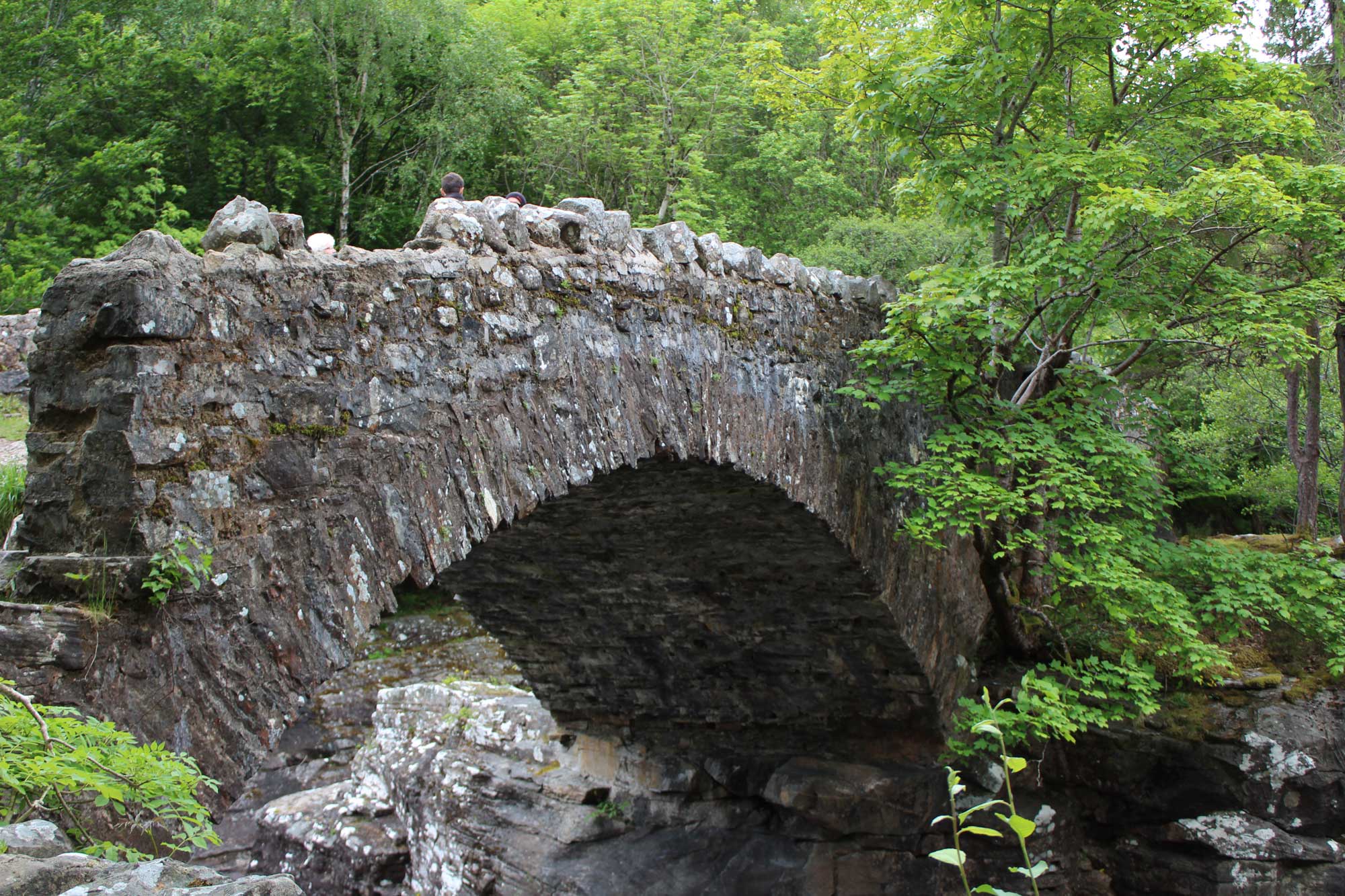 Invermoriston is another stop along Loch Ness, and a nice little spot to stretch your legs and checkout a somewhat-crumbling stone bridge over waterfalls. It’s a gorgeous stop. There are some trails to take you below the falls so you get a shot of both the foot bridge and the highway bridge but we didn’t go down that way. We chatted with some locals from Glasgow and went on our way. 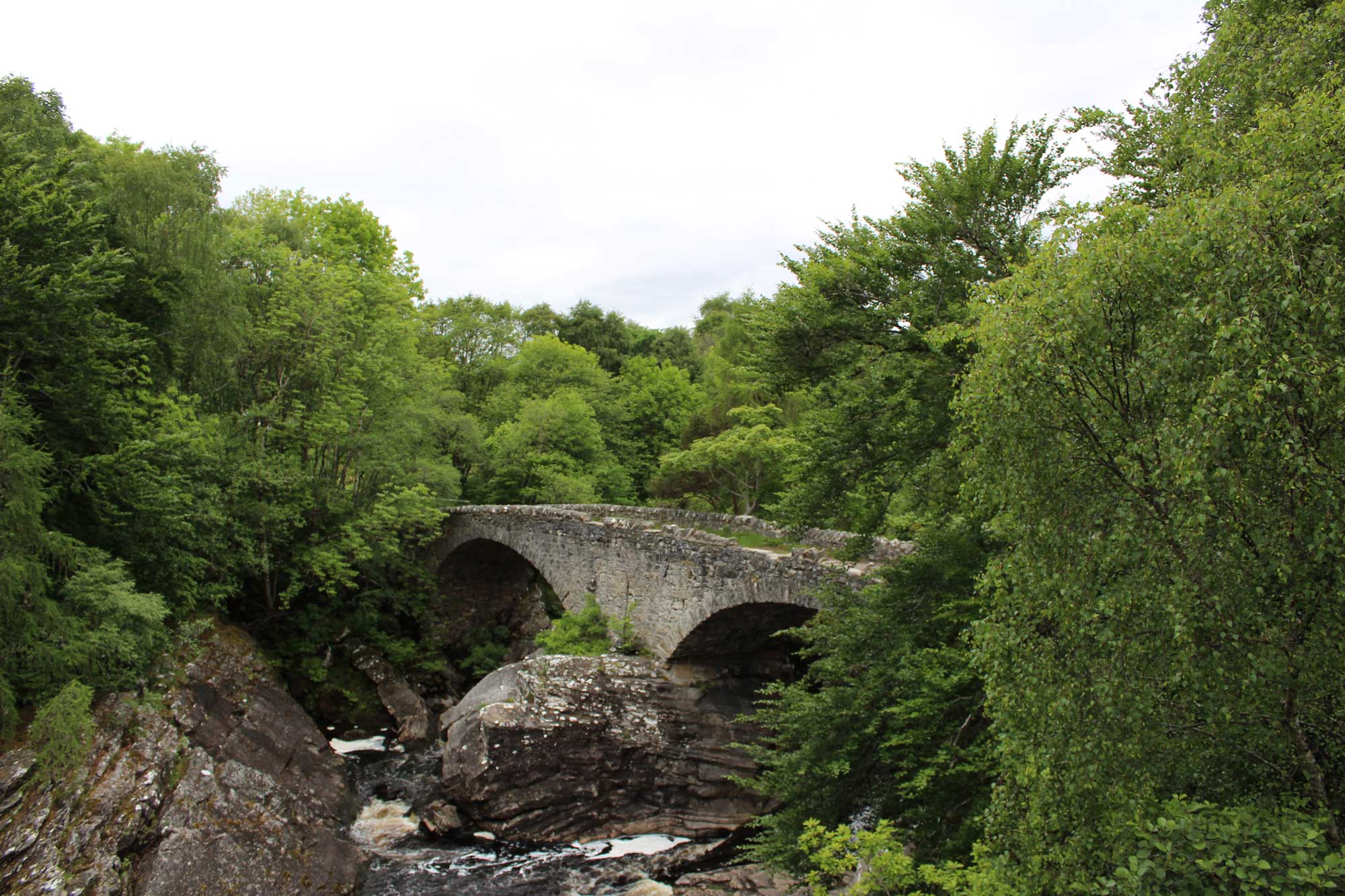 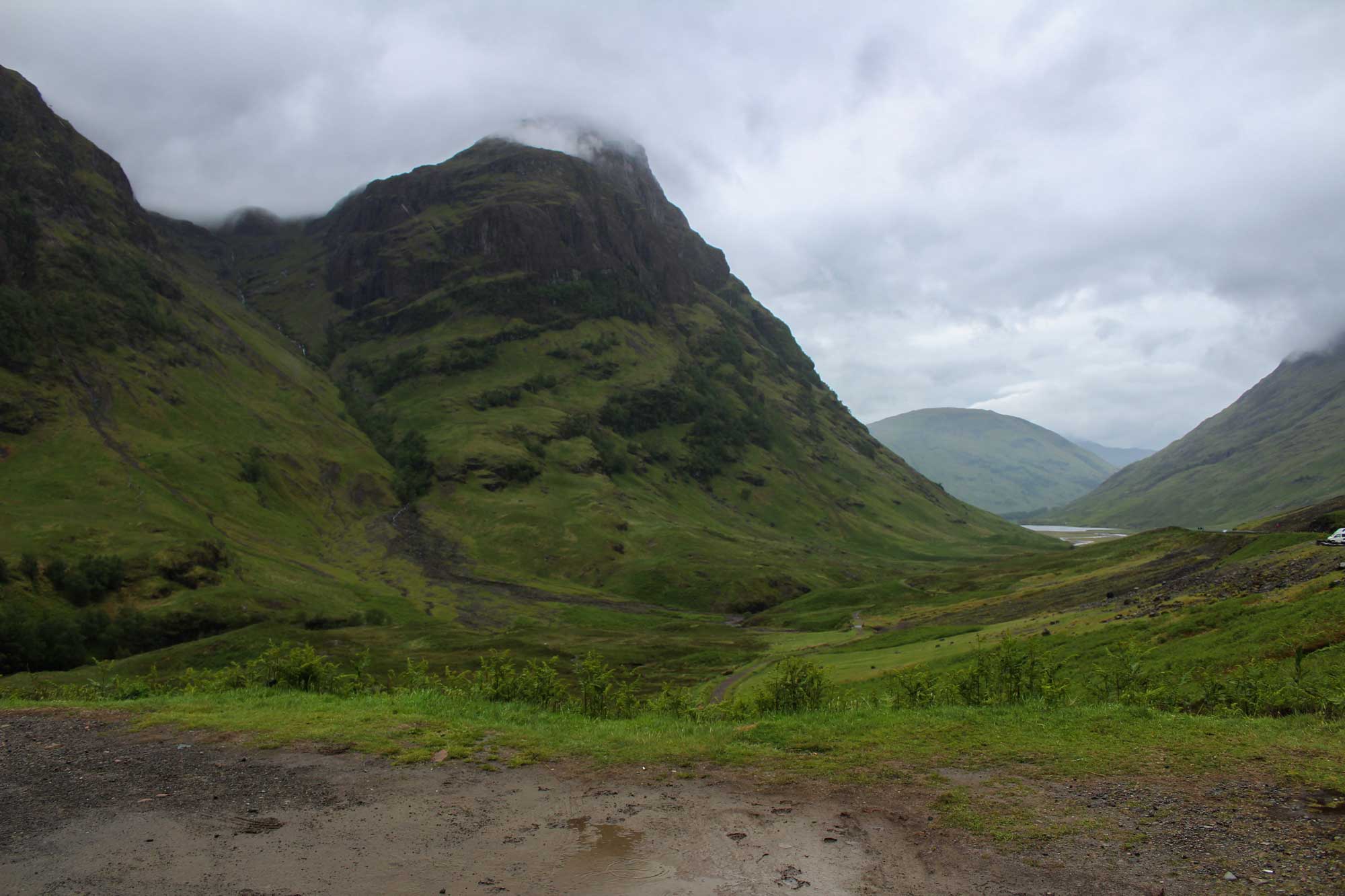 Geology was one of the only science classes I enjoyed and Glen Coe is a geological marvel. The remains of an ancient super volcano and a great valley carved out from a glacier, it is a quite the landscape to behold. The village of Glen Coe is the site of a brutal massacre by the Campbell Clan against the MacDonalds.

We didn’t stop in the village but continued on through the glen, stopping at the base of the Three Sisters (3 distinct peaks in the glen.) One day I’d like to hike up one of the trails, another item for the bucket list. 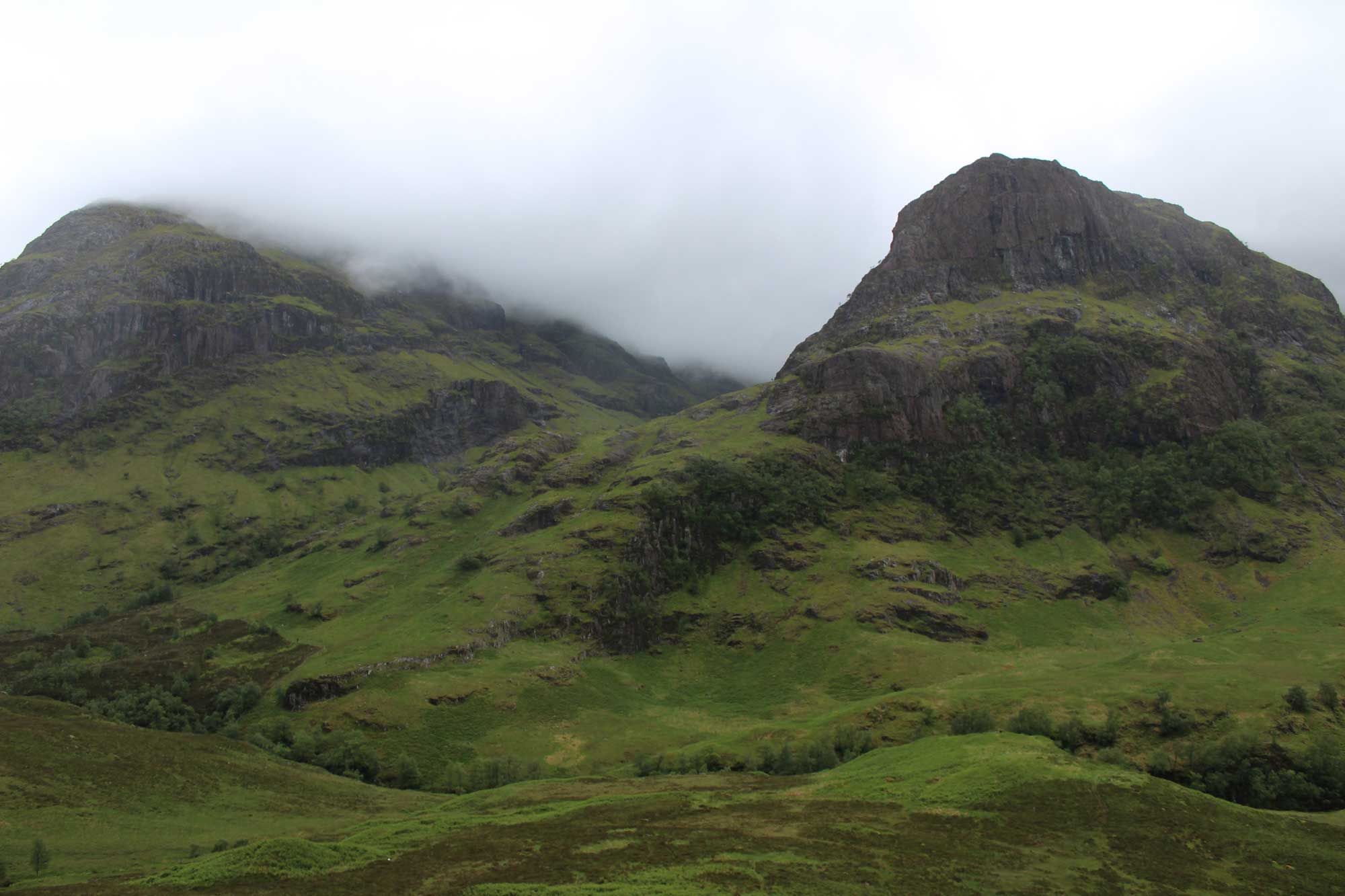 Glen Coe was our final stop and we headed back to Edinburgh. There are still so many places I want to visit in the Highlands, especially the deep northern islands, like Orkney, but also the closer ones like Skye. Scotland is such a beautiful country. I can’t wait to return again. 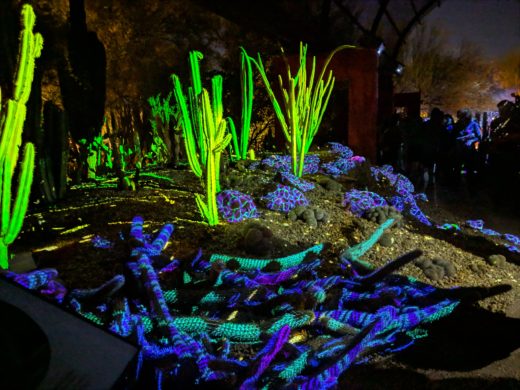 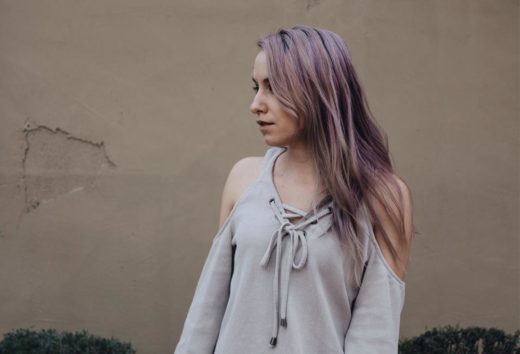 Of Sun and Cold Shoulders 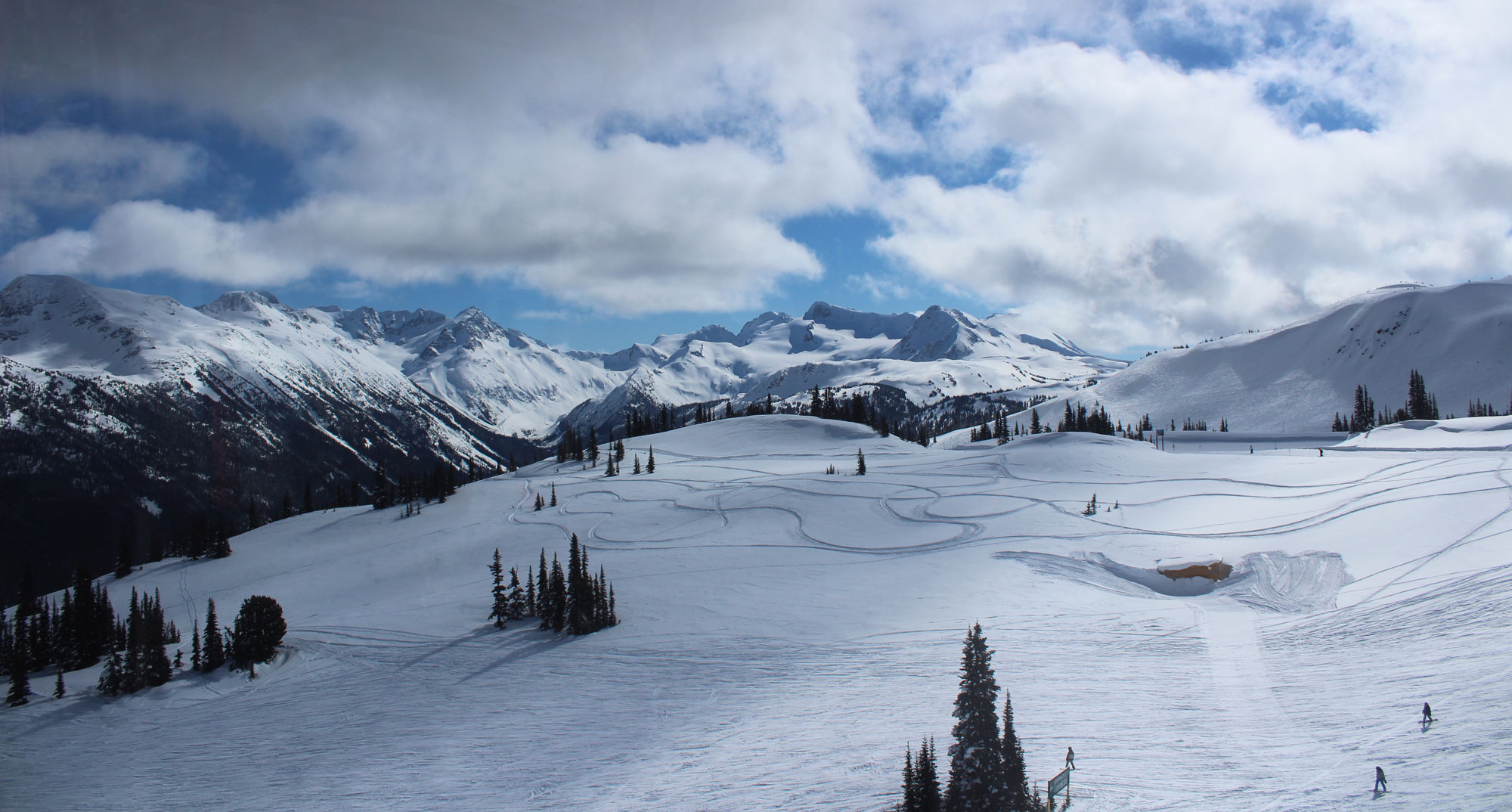